top of page
This site was designed with the
.com
website builder. Create your website today.Start Now

What is post-traumatic stress disorder?The term post-traumatic stress disorder (PTSD) or post-traumatic stress syndrome (PTSS) is used to name a range of symptoms you may develop in response to experiencing a traumatic event, which is outside of your normal human experience. It is often a delayed response.Just hearing news of events, such as the London bombings in July 2005, incidents in the war in Afghanistan, or the Hillsborough football stadium disaster, can have a lasting effect on you. If you are actually present during a disaster of this nature it’s likely that you will become extremely distressed. Likewise, if you are involved in, or witness, events such as road accidents, muggings, and sexual or physical assaults, these experiences may also cause you deep emotional injury. There is no doubt that the reactions that may follow can seriously hamper and interfere with your life.Some survivors have objected to the use of the term ‘disorder’, because they see such reactions as an entirely normal and understandable response to abnormal events. But regardless of whether the term ‘disorder’ or ‘syndrome’ is used, the diagnosis recognises that there are events and experiences that are beyond our control, and which may fill us with fear or horror, and can cause extremely disturbing psychological symptoms.What are the symptoms?If you have faced a traumatic experience, you may simply feel emotionally numb to begin with, and feelings of distress may not emerge straight away. But sooner or later, you are likely to develop emotional and physical reactions, and changes in behaviour, which may include some of the following:Reliving aspects of the traumavivid flashbacks (feeling that the trauma is happening all over again)intrusive thoughts and imagesnightmaresintense distress at real or symbolic reminders of the trauma.Avoiding memorieskeeping busyavoiding situations that remind you of the traumarepressing memories (being unable to remember aspects of the event)feeling detached, cut off and emotionally numbbeing unable to express affectionfeeling there’s no point in planning for the future.Being easily upset or angrydisturbed sleepirritability and aggressive behaviourlack of concentrationextreme alertnesspanic response to anything to do with the traumabeing easily startled.These are all quite common reactions to a traumatic event, and many people find the symptoms will disappear in a relatively short period of time. But if they last for longer than a month, or they are very extreme, you may be given a diagnosis of PTSD.You may also have other symptoms, such as severe anxiety, a phobia or depression. You may develop a dissociative disorder and suicidal feelings. There’s no time limit on distress, and some survivors may not develop post-traumatic symptoms until many years after the event.

Your Not Alone Una Family Reunion The Robert Honecker Story

How can you support someone with Chronic PTSD 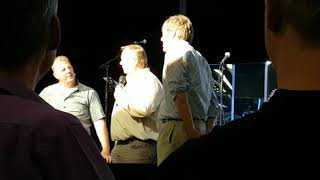 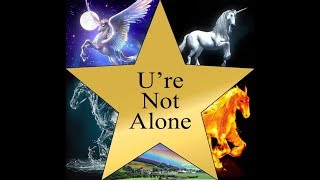 Mom at the airport

children screaming to be heard